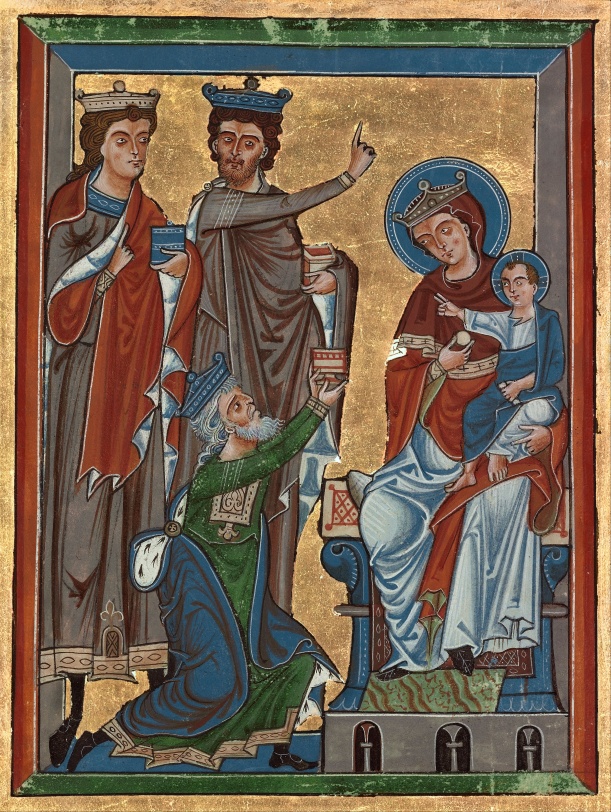 Today we celebrate the Epiphany of the Lord, with today’s Gospel recounting the story of the Magi following the star to arrive at the particular location of the King of Kings.

As we look back over the centuries, we can see how God has been moving through time, making it easier for The Wise to find him, even though oftentimes it may appear to the contrary.  But if we look at the course of human history, we have now arrived at a situation where we have this distribution of religions throughout the world:

If God is truly guiding the unfolding of world events, it appears that he is guiding the majority of people at least towards an understanding that there is One God.  For, of all belief systems, the Abrahamic Religions (Christianity, Islam and Judaism) have now arrived at a point where they make up 54% of the global population.

Hinduism and Buddhism make up only 13.95% and 5.25% of global religions respectively, so we’ll leave them to one side for now.

It is not that statistics ever prove that the most commonly held belief is the one likely to be true, but if God is in charge, he would be wanting most people to have a reasonable opportunity of coming to the belief that One God is much more likely than many Gods or no gods at all.  He is a loving Father, after all, and he doesn’t want us to be lost or without guidance.

Secondly, out of all the Christians in the world, approximately 50% are Catholic.  So again, God is guiding at least half of all the Christians in the world to the understanding that it is reasonable to expect that there should be a human steward (i.e. the Pope) appointed to act as an umpire for the Church in every era – as explained by Jesus in Matthew 16:18. Jesus did this so that the Church would be able to speak with a unified voice.  The problems of not having a duly appointed leader are evident in Islam today, where there is no clear and authoritative direction to the Islamic faithful on how to approach the concept of jihad in the modern world.

So even if it seems as if there is a multiplicity of different ideas and religions in our postmodern world such that it is impossible to choose truth in the face of chaos, God is clearly providing some pointers which the wise might take note of.

Thirdly, if God is in charge of your life, he will guide and direct you personally towards him.  I’m not joking.  All he wants is for you to say, like the Magi, “We have come seeking the King.  Where do I find him?”

You can be sure that anyone with an open heart filled with a desire for truth and goodness will be led in the right direction.

For a clearer explanation of this spiritual journey, listen here.