Written in consultation with Lois May.

One year ago, on 20 October 2016, residents of Yanchep awoke to the shocking news of the callous murder of two local young children, Zaraiyah-Lily and Andreas “Dre” Headland, of the Golf Course Estate, Yanchep.  I was recently privileged to be invited to the one-year-on Memorial Service for Lily and Dre at their grandparents’ home in Wanneroo.

Without going into the details of this tragic event, which you can read about in the mainstream media, I would just like to share with you some of the positive impressions I came away with that day – and I say positive because where I had been expecting to feel quite depressed just thinking about the loss of these children’s lives, the atmosphere at their home was overwhelmingly warm, welcoming and altogether embracing of family, friends and invited guests.  Lois, the children’s step-grandmother, who works as an Aboriginal Cultural Officer for a community services agency, and her partner, Doug, and other family members had been hard at work for several weeks, preparing for this event. 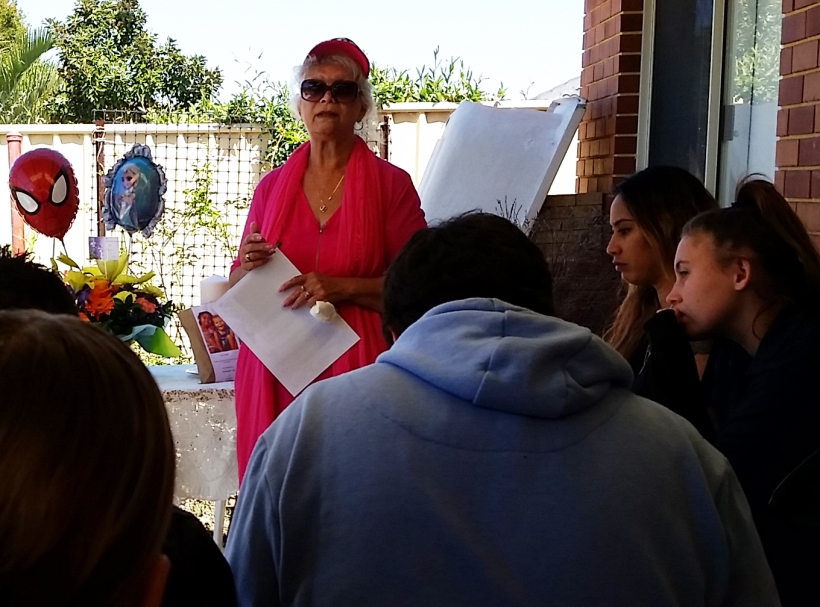 Lois May welcoming family and friends.

Although I had never known the children during their short earthly lives, I was impressed with a sense of the reality and ordinariness of their all-too-brief lives by the presence of a row of childcare workers from Great Beginnings, where both Lily and Dre attended daycare, and two teachers from Lily’s school, Brighton Catholic Primary, as well, of course, as the cousins, aunties, uncles and extended family, several of whom got up to talk about the children and tell stories of their lives.

Lois recounted how Lily would teach her brother to pray, as she had been shown in school.

Their cousin, Kyron, spoke about his pet names for the children: ‘Silly Lily’ and ‘Bully Boy’, and how Bully Boy would always try to boss him around.  Eric, an older cousin, sang, most movingly, a song he had written shortly after their deaths,

Sometimes I see them in my sleep
Then I wake up and weep,
Wishing they would come back to me,
so we can play happily.

Eric humbly describes himself in this video as having ‘the voice of an alpaca’, but who would care?  Better to have a real song, written in the rawness of tragedy, and sung a bit rough, than an impersonal one performed to perfection!  Even the presence of Nick and Val from next door (who make themselves useful by bringing in Lois and Doug’s bins!), added a simple homeliness to the proceedings that warmed my heart.  Lois, who led the service, made a point of acknowledging practically everyone present and describing how they had been involved with the children or supported the family.

Ann and her Angels from “Angel Hands” who were there for the day to do what they do best – volunteer their help to families that are experiencing tragedies such as this; these people themselves know what it is like to go through this amount of trauma as they have been though like scenarios.  Also present were the children’s older cousin, Keely, her mother and brother who had come from Broome, Keely’s boyfriend, Terick who had travelled all the way from One Arm Point in the Kimberley.  Isaac, Kevin, Sandy, Glenda, Rachel, Vicki … and more names than I had time to write down.

Even I was acknowledged –  I who didn’t know the children, but merely organised a prayer vigil and a Mass for them on the Sunday following their death.  And I can hardly take credit for that, for it was Phil Hickey, reporter for the Sunday Times, who had phoned me and asked, “So what is the Church doing for this family?”  And, of course, I haven’t yet mentioned those most affected, the children’s mother, Anatoria, and their big sister, Kayleesha, who were being heroically brave throughout the morning.  To them, I would say,

The Lord is close to the brokenhearted; he rescues those whose spirits are crushed.
(Psalms 34:18) 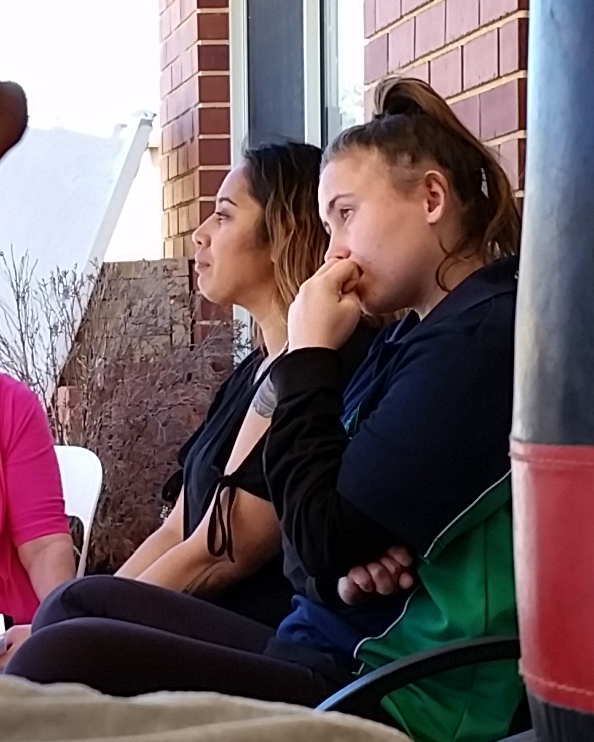 But while I am thinking of that question: “What is the Church doing?” it strikes me that we could have helped this family more, had we been aware that they were in the area.  It’s easy to say, “If only, if only …” after the event, but tragedies like these should cause us to ask what we are doing to prevent a disaster like this from happening again.  At present, there is no structure in place to allow the sharing of information between Catholic Schools and Catholic Parishes, because of Privacy legislation.  All it would take, would be a simple extra check box on school enrolment forms which says, “We, the parents/guardians, agree that our contact details may be shared with the local Catholic Parish.”  This would then enable Parish outreach teams to visit local families and offer support, so we can actually be a church with the sort of Communio I was talking about last week.  Wouldn’t it be nice if we could start an outreach initiative called The Lily and Dre Project, so that we would know their deaths had not been in vain?

Lois is now raising funds for a headstone to honour the children.  If anyone would like to donate to help out, please send me a message and I’ll put you in touch with the family.  Apart from this, Lois has also rounded up the children’s school friends, childcare workers, friends and family, to paint remembrance tiles for a memorial wall in their garden to honour the children.

Finally, please pray for the healing of Anatoria, Kayleesha, Lois, Doug, their families and all those affected by this tragic loss. 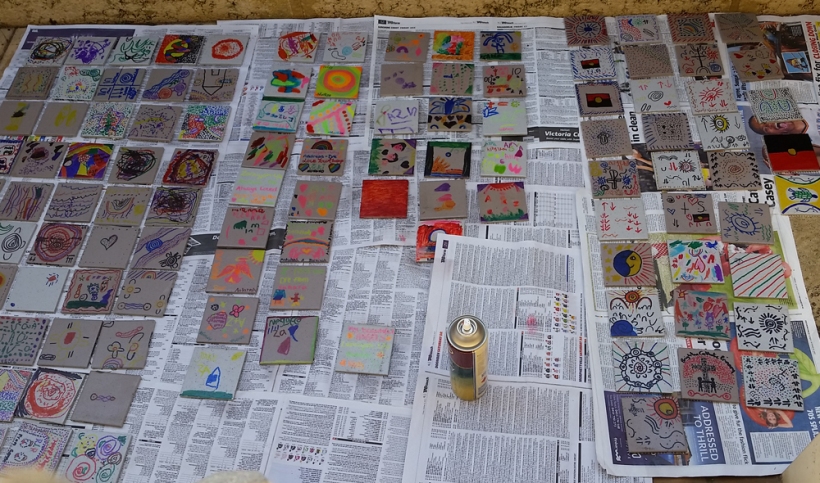 Tiles for the Memorial Wall. 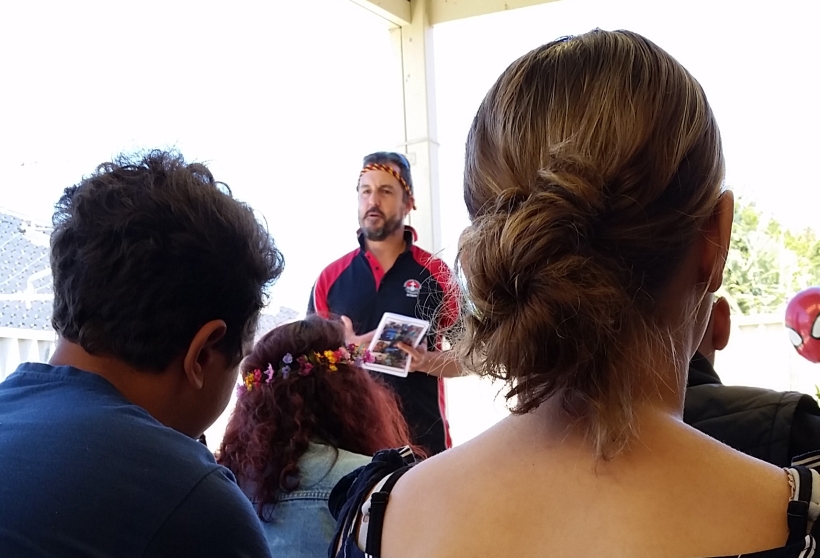 Lily and Dre Headland, may God grant you eternal blessedness with him in Paradise.