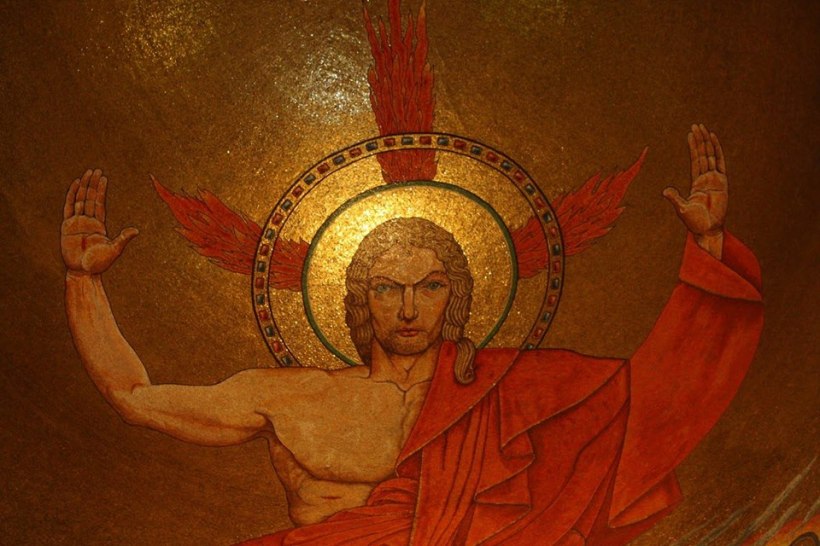 ‘Do you suppose that I am here to bring peace on earth? No, I tell you, but rather division. For from now on a household of five will be divided: three against two and two against three; the father divided against the son, son against father, mother against daughter, daughter against mother, mother-in-law against daughter-in-law, daughter-in-law against mother-in-law.’ (Luke 12:49-52)

Wait a second, didn’t Jesus say, “Peace I leave with you, my peace I give to you?” (John 14:27)  And now he’s saying he’s come to bring division?  How can both of these statements be true?

Easy.  When Jesus is talking about giving us peace, he means that one of the fruits of the Holy Spirit is that we will have peace in our hearts.  When we stay close to Christ and are filled with the Holy Spirit, we will experience a profound peace, in spite of any difficulties that may arise.

But there are many in the world who will see Christians as an enemy or a cause of division, because we do not (or should not, if we are being faithful) compromise on truth.  And this will lead others to hate us or think we are insane.  Those who do not follow Christ may, if they choose, decide to persecute us, take us to court or remove privileges (such as tax-free status) from us.  So it is that some of our family members will turn away from us, because we refuse to lie.  Now for some examples of lies we have to resist in our popular culture today:

‘Before I formed you in the womb I knew you,
and before you were born I consecrated you’ (Jeremiah 1:5)

We Christians should not be afraid to speak the truth.  But the truth must be spoken with love.  We should not be the ones who start war and division, but if others choose to hate us or call us names, this just demonstrates that their arguments are so weak that they have to resort to name-calling.  We should return their hate with unconditional love.  Unconditional love doesn’t mean agreement, but it may mean reaching out with a smile and in friendship.  It may mean being an uncomplaining victim.  I stress the word uncomplaining because we need to model Jesus in this, and not be like all the other victim groups out there in SJW world.  Jesus, even though God incarnate, did not resist persecution, but offered himself up ‘as a lamb to the slaughter’, so that we might be saved from our sinfulness.

God’s love is like a fire: burning up the dross and purifying the world.  This is why Jesus says to us today:

I have come to bring fire to the earth, and how I wish it were blazing already!