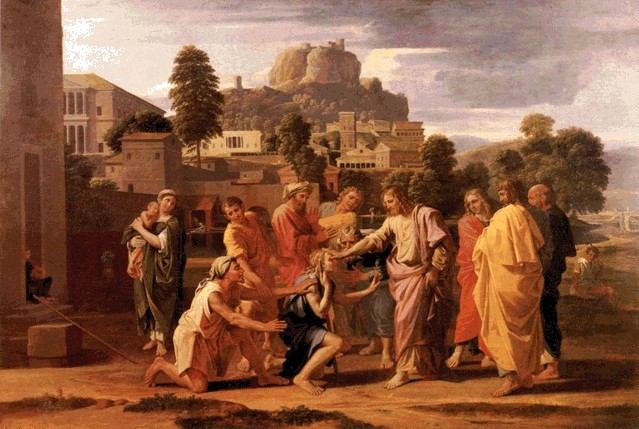 As Jesus left Jericho with his disciples and a large crowd, Bartimaeus (that is, the son of Timaeus), a blind beggar, was sitting at the side of the road. When he heard that it was Jesus of Nazareth, he began to shout and to say, ‘Son of David, Jesus, have pity on me.’ And many of them scolded him and told him to keep quiet, but he only shouted all the louder, ‘Son of David, have pity on me.’ Jesus stopped and said, ‘Call him here.’ So they called the blind man. ‘Courage,’ they said ‘get up; he is calling you.’ So throwing off his cloak, he jumped up and went to Jesus. Then Jesus spoke, ‘What do you want me to do for you?’ ‘Rabbuni,’ the blind man said to him ‘Master, let me see again.’ Jesus said to him, ‘Go; your faith has saved you.’ And immediately his sight returned and he followed him along the road.